Technologies for mobile communications around the world

Technologies for mobile communications are used all over the world. GSM is the acronym for Global Systems for Mobile communications. First-generation mobile systems also known as 1G laid the groundwork for today’s smartphone models. 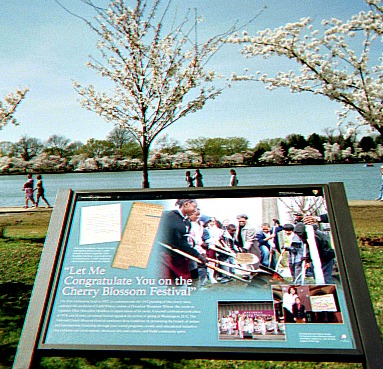 Mobile communication around the world is made possible with mobile technology. People from all over the world come to Washington, DC for the annual Cherry Blossom Festival in the Spring. They bring their mobile phones with them to take pictures and text information about the cherry trees with their family and friends back home.

Second-generation mobile systems are also referred to as 2G. These phones offer limited data communications. They support data, SMS mobile services and fax applications. Second-and-a-half generation or 2.5G was the next step up from 2G. These systems provide enhanced data communications services and Wireless Application Protocol (WAP) access for emails and web browsing.

GSM mobile phones are based on the original 2G standard that was launched in 1991. This was the first mobile phone to use encryption. Approximately 220 countries use this standard around the world. Initially, the protocol was based on time division. Radio signals were passed to each call in turn.

CDMA spreads out digitized data over the entire available bandwidth. Multiple calls are overlaid on one another in the channel. Each call is assigned a unique sequence code. Data is sent out in small segments over a number of discrete frequencies available for use at any time in the specified range. Between eight and 10 separate calls are carried in the same channel space. High-power CDMA signals raise the noise floor for TDMA receivers. High-power TDMA signals can cause overloading and jamming of CDMA receivers. Second-generation or 2G mobile phones are part of a cell phone network protocol.

Technologies for mobile communications include 3G and 4G mobile systems

Third-generation or 3G mobile systems are in the timeline of technologies for mobile communications. This generation supports higher data rates and full motion video. Mobile users are also able to access high-speed Internet of 3G-enabled networks. Technologies for mobile communications that gives mobile phones the capability to access the Internet is referred to as 3G or third-generation. These networks are able to transmit large amounts of data quickly and efficiently. These 3G smartphones can stream YouTube videos, make video phone calls and browse the Internet at speeds of up to 7.2 Mbps. Music and movies are easily downloaded from the Internet to the device.

The International Telecommunication Union (ITU) crated an industry-wide specification for 3G networking. This standard, known as IMT-2000, was ratified in the year 2000. The main reason for the development of 3G technology was an increasing need for the capability to handle large amounts of data. The third-generation technology was first introduced to support the multimedia cell phone technology that is known as the smartphone. Increased bandwidth is one of the main features of 3G models. The other is the transfer rates that support Web-based applications and phone-based audio and video files.

4G smartphones are part of the latest standard in technologies for mobile communications. This standard provides huge speeds (up to 300Mbps) and super-fast downloads. 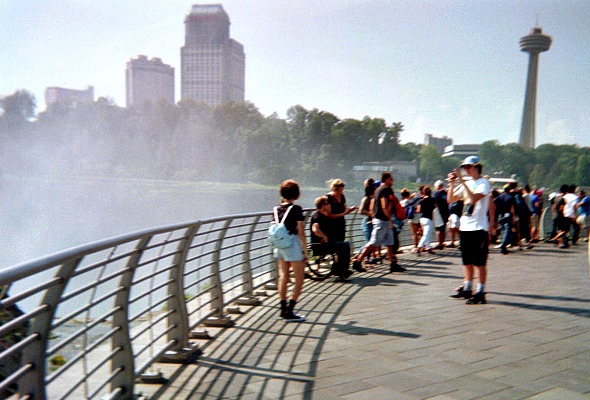 People wouldn't be able to take and share pictures of Niagara Falls with their smartphones without the evolution of the mobile generations from 1G up to 5G of today.

The term 4G smartphones means that these are the fourth generation of mobile data technology. This has been defined by the radio sector of the International Telecommunication Union (ITU-R) in March of 2008. The “G” in 4G represents generation. The ITU-R requires that all services with the 4G designation follow established speed and connection standards. Mobile 4G smartphones must have a connection speed peak of at least 100 megabits per second. Stationary uses, such as mobile hotspots, should have a connection speed of at least one gigabit per second.

LTE or Long Term Evolution is a path leading toward the goal of reaching 4G speeds. When networks advertise their connections as 4G LTE, they are using a marketing technique. The technique helps these networks claim next generation connectivity without actually reaching the speed standard established by ITU-R. There probably isn’t a difference between 4G and LTE technology in terms of speed.

Creating 4G connectivity requires two components. The first component is a network that can support the necessary speeds. The second component should also be a device that has the capability of connecting to the network and downloading information at high speeds. Having a smartphone with 4G LTE connectivity doesn’t mean that the device will perform at the desired speed.