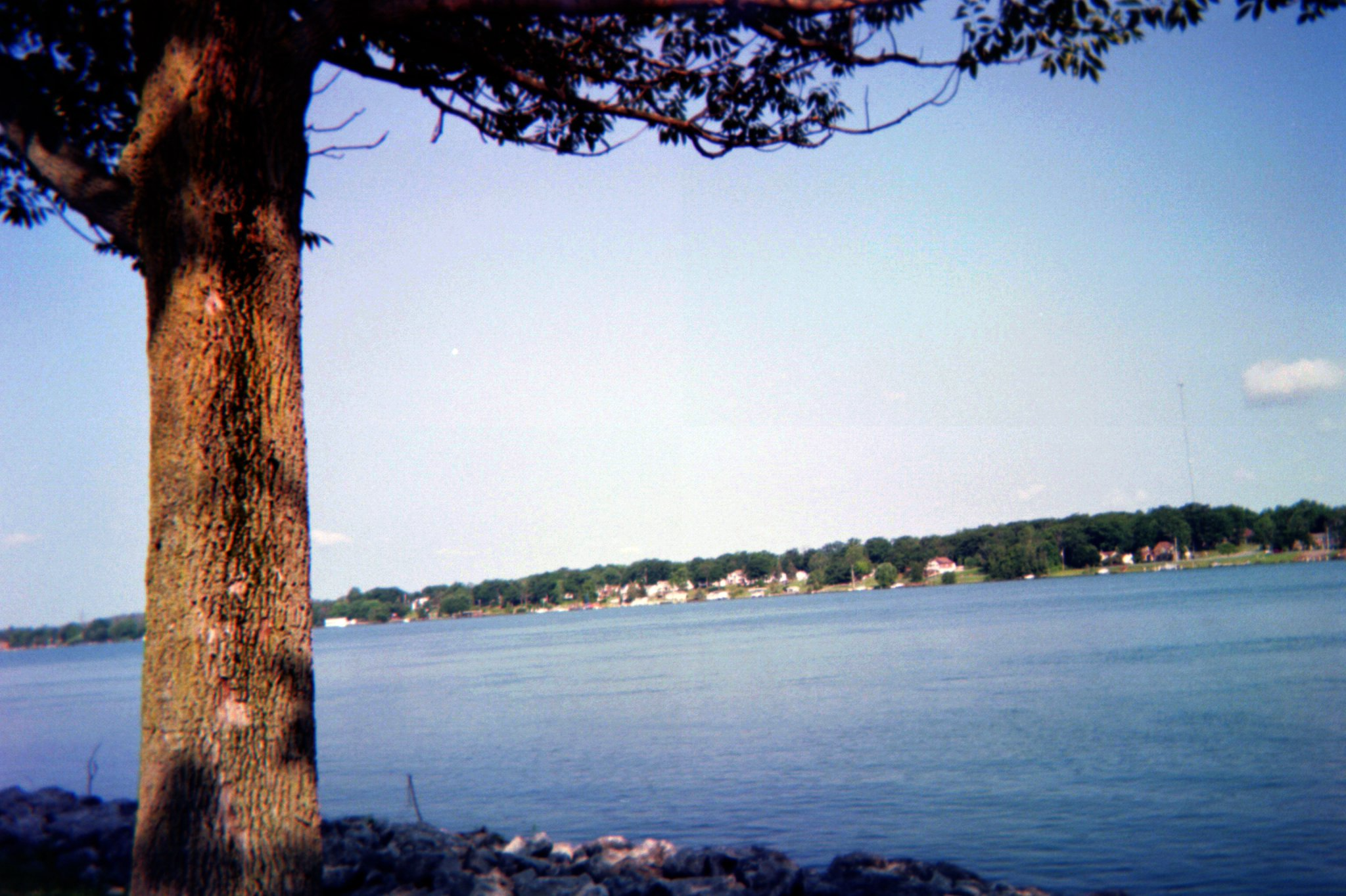 Many people are baptized in rivers like this one.

Mrs. Brille parked the van at Ohev Shalom the following Wednesday after school. A group of kids were finishing the construction of the second temple recreation model that Mike helped to design and build a few weeks ago. They had moved the structure outside.

Some of the best teen novels include animals.

“What are the lambs for?” I pointed at two youth group members grooming two lambs near the front of the temple.

“This is what I want you to see. We are going to recreate the second temple sacrifices made during Yom Kippur during the time of Jesus.” Mike held the van door open for me.

“I remember the lambs we saw at the textile farm during the field trip we took during the first week of school.” I took Mike’s hand as I stepped out of the van.

“Exactly.” Mike led the way to the large crowd standing in front of the second temple model.

Another member of the youth group took one of the lambs by the rope. He wore a long robe and matching turban. He sprinkled some water on the lamb’s head and led the lamb inside the building.

“Our priest has taken this lamb into the Holy of Holies as atonement for our sins.” Mike whispered in my ear.” If he emerges then that means that the sacrifice was acceptable to God.”

After ten minutes, the priest appeared in front of the crowd. The priest laid hands on the second lamb and then took off the rope around the lamb’s neck. He released the lamb letting it run through crowd gathered in the parking lot until it disappeared in the woods.

“Our sins have been forgiven and transferred to another lamb we call the scapegoat.” Mike pointed in the direction of the retreating lamb.

What happens to Tamara in this one of the best teen novels?

“What’s next?” I whispered in Mike’s ear.

“It’s your turn to be welcomed in the Ohev Shalom youth group.”

Pastor Chris stood in front of the assembly. “All those who desire to be cleansed of their sins please step forward.”

I didn’t know what this meant. Cleansed of my sins? What sins did I have? I thought that God already forgave me for disobeying my parents, especially my own father. When I prayed to accept Jesus into my life wasn’t that enough? I was confused and my stomach was churning the candy bar I ate while driving over here in the van. My cheeks were flushed and warm to the touch.

Pastor Chris motioned to me to join Mallory, Paul, and one or two others who had gathered around him. Mike pushed me from behind but I didn’t move. I clasped my hands behind my back to keep them from shaking.

If my parents found out that I had disobeyed them by openly accepting Jesus in my life my father would kick me out of the house. Then what would I do? Where would I go? I leaned against Mike for support and wondered if I could live with Mike and his family.

“It’s okay, Tamara. Nothing bad will happen to you.” Mike took my hand.

Tamara is baptized into the body of believers of Jesus.

“All those who desire to be baptized should follow me down the banks of the Rahway River. Everyone else is invited to participate in the ceremony.” Pastor Chris motioned for us to follow him in the direction of the woods behind the industrial park.

The youth pastor turned to the right and led us down a path. Shuffling my feet along the muddy ground into the muggy air I wiped away the perspiration accumulating on my forehead with a tissue. The sound of gurgling water splashing over rocks signaled to us that we were coming closer to the river. Mallory handed me a long, white robe at the entrance of a large, concrete building and motioned for me to enter.

After changing into the robe my stomach seemed to resemble a giant pretzel all tied up in knots. Hardly prepared for an afternoon swim in the river I was confused about what I would be facing in a few minutes. Neither Rabbi Mendelsohn nor my parents discussed the baptism ceremony in Rabbinic Judaism. It was a new experience for me and suddenly my spine tinkled with fear as I examined my ghostlike appearance in the mirror.

Mallory took my hand and I followed her outside wiggling my bare toes in the coarse, wet sand. The air had a musty, dank smell from the decaying leaves and twigs floating downstream. My robe was thin and barely protected me as a strong gust of wind from the river embraced my shivering body.

Pastor Chris read passages from a prayer book. Later he explained how the passages related to the ceremony. He motioned for me to step into the cold water of the river.

Tamara was baptized in a river like this one.

“I baptize you in the name of the Father, the Son, and the Holy Spirit.” The youth pastor poured water over my head three times.

Taking in a large gulp of water I could taste the muddy water swishing around the roof of my mouth with my tongue. Coughing I ran up the bank of the river in an effort to warm my frozen, bare feet.

After all of the baptismal candidates had their turn in the water, we went back into the restroom and changed out of our soaking wet robes into our regular clothes. There was a warm, tingly feeling inside and my stomach muscles relaxed in relief that the strange ceremony had ended.

Mallory and I spotted a lamb munching grass after we left the women’s restroom. Clutching the loose end that dangled from the lamb’s neck I led the lamb back to the group that had gathered at the edge of the river.

What is next for Tamara?

“Congratulations.” Mike hugged me. “We should look for a large boat to borrow at the boat launch near the lake in order to return the lamb to the petting zoo on the other side of the river.”

Mallory, Mike, Helen, and myself headed in the direction of the boat launch. After a ten minute ride across the width of the river and downstream, we docked on the other side and walked the short distance to the entrance of the zoo. The zookeeper led the lamb into a holding pen filled with other lambs. The scent of freshly shaved wool of a bleating lamb filled my nostrils as I stroked lamb’s soft head.

“My brother’s bar mitzvah is next week. Can you come?”

“Thanks. I always wanted to attend one ever since my father told me about his.” Helen put her arm around my waist.

“I’ll be there. I’ll call my mother and ask her to take us home.” Mike headed in the direction of the zoo office.

The best teen novels include interesting facts like baptism in Christianity.

Read chapter fourteen to find out what happens next in this one of the best teen novels.