The digital era ushered in many technology changes. It wasn’t always this way. The 1960s ushered in American involvement in the Vietnam War. Young people then were part of the counter-culture and protested against this war. Many draft evaders fled into Canada. 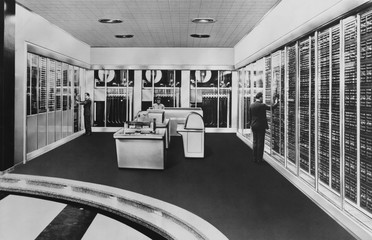 A separate room was needed for the large legacy mainframe computers of the 20th century.

The COBOL programming language and mainframes were the norm. During this time, television advertisers reached out with commercials to people who stayed home to hear news of the Vietnam War. Door-to-door salespeople sold everything from bread to vacuum cleaners.

In the 1960s and the decades that followed, copywriters wrote direct mail. Advertisers sold their products to their audience in one-way television and radio broadcasts. Telemarketers kept calling about their products and services.

However, a new technology era was emerging. An organization called ARPANET was laying the foundation for what we now know as the Internet. In 1989, Timothy Berners-Lee and other researchers at the CERN nuclear research facility in Switzerland laid the foundation for the World Wide Web.

The Internet of the 20th century ushered in a new era in the 21st century. Why? Generations Y and Z are accustomed to accessing the Internet through mobile phone technology. These are more social and chatty generations than previous generations before them. Social media is a given. It is part of their daily lives and its how they communicate with family, friends and peers. The Vietnam War is ancient history to them.

The digital era and the "new IT"

What caused the sudden demand among employers to hire legacy mainframe COBOL programmers? The answer was Y2K. A small-unforeseen date change problem in most COBOL programs spurred the demand to hire COBOL programmers to fix the problem before people celebrated the New Year on January 1, 2000.

Today, the old Information Technology (IT) landscape has changed into what is now known as the “new IT.” What is the “new IT?” Amit Pandey, CEO of Avi networks, explains what the “new IT” is. Software development in the cloud and software-defined networking are changing the rules for the IT industry today. The digital era is also ushering in a new era of technological change and innovation.

This means that CIOs and other technology leaders will have to find new ways for their companies to stay current and competitive in the digital era. The Internet of Things (IoT), artificial intelligence and other “third-platform-technologies” are ushering in the new generation of IT technology.

Application owners will have to make important decisions regarding the techniques, tools and skills they will need for the “new IT.” Today’s data center will transform into tomorrow’s public cloud environment.

Web-scale IT architectures will become available to most enterprises. This means that technical workers will also have to become information architects and understand more than one technology skill. In the “new IT” environment IT workers will have to be more like systems analysts and less like .NET or JAVA programmers. 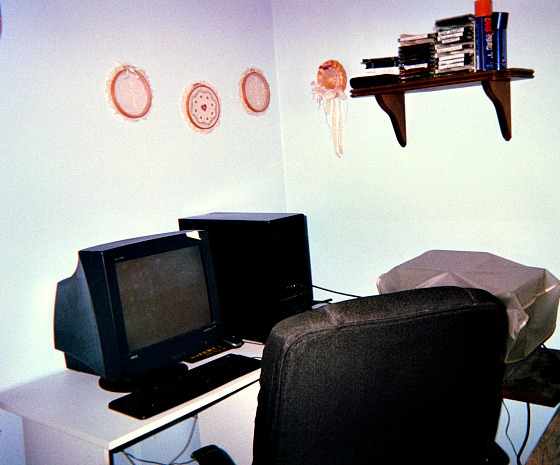 Today, computers are smaller and can fit on a person's desk at home or in the office.

CIOs will face increased pressure to spend more on operating budgets and less on capital budgets. Tighter IT budgets will lead to a slowdown in investment in traditional technologies. The need for uniformity of application architectures in multi-cloud environments will have an impact upon IT purchasing decisions. Cyberattacks and data breaches in the cloud will create increasing security challenges, data loss and potential outages in the future.

According to the Software Engineering Institute, companies have three decision-making choices regarding their legacy systems. These choices are maintenance, modernization and replacement.

Not wanting to interrupt functioning business operations, many companies still maintain their legacy mainframe systems. Other companies used minimally intrusive techniques such as screen-scraping or terminal emulation to achieve modernization. Banking, transportation, healthcare and insurance legacy migration projects have become the norm for these business agility industries to adapt to the increased pressure of the “new IT.”

Legacy mainframe systems still perform the functions requested by yesterday’s users. This is one reason to keep the legacy system. It also may not make business sense to move from a platform with a highly customized solution that modern tools don’t address.

The “new IT” means that there is an increase in the number of IT leaders focusing on achieving business outcomes from the technology they use daily. They are trying to modernize infrastructure and identify ecommerce options. They are continuing to look for opportunities to incorporate mobile, wearables, connected devices and the sharing economy as part of the “new IT” strategy in the digital era.

However, it is not easy for corporations to embrace the “new IT”. COBOL is still the main application processing language used by 70 percent of a corporation’s business transactions. IT teams are reluctant to incorporate digital innovation in their software development applications for a number of reasons. These include failure to establish business goals for the customer. Technology operations, application delivery and delivery costs are some other IT considerations.

The digital era has also ushered in a new digital economy

In the digital economy, IT can no longer stay in the background. It must move to the front of daily business transactions between clients and customers to increase the transaction volumes in the digital era.

The changing digital landscape of online and mobile commerce in every industry has affected the performance of legacy IT systems in the digital era. Today, businesses receive an increasing number of requests for product, pricing and other data. Greater volume requires greater computer resources.

New digital disrupters can build new IT landscapes. Companies with legacy systems must seek ways to integrate new, digital technologies that harvest legacy technologies. This will maximize IT investments. Striking the right balance requires a mix of applications and a careful consideration of the latest modernization approaches.

Yesterday’s legacy technologies don’t work for today’s way of doing business. Business operations have changed. The technologies needed for processing daily business transactions must also change. This means that the people working with the newer technologies must learn new skills to stay current. Businesses today face two challenges. The first is the modernization of legacy systems into the “new IT”. The second is educating and training the people needed for “new IT” operations with the latest “new IT” skills.

Four Strategies for Modernizing Mainframe Applications to the Cloud By vFabric Team, January 30, 2013

Is Legacy Mainframe Modernization for You? By Chris Zaugg, January 30, 2015

Leaving Behind Your Legacy Systems August 6, 2015