Baseball history begins with the rise of baseball

Baseball history, before 1861, begins with the three leading centers of adult organized baseball. These centers are Philadelphia, Boston and New York. Albert G. Spalding included a long newspaper description of the game of baseball as it was played in the country in his book, America’s National Game, about the early celebration and baseball history. 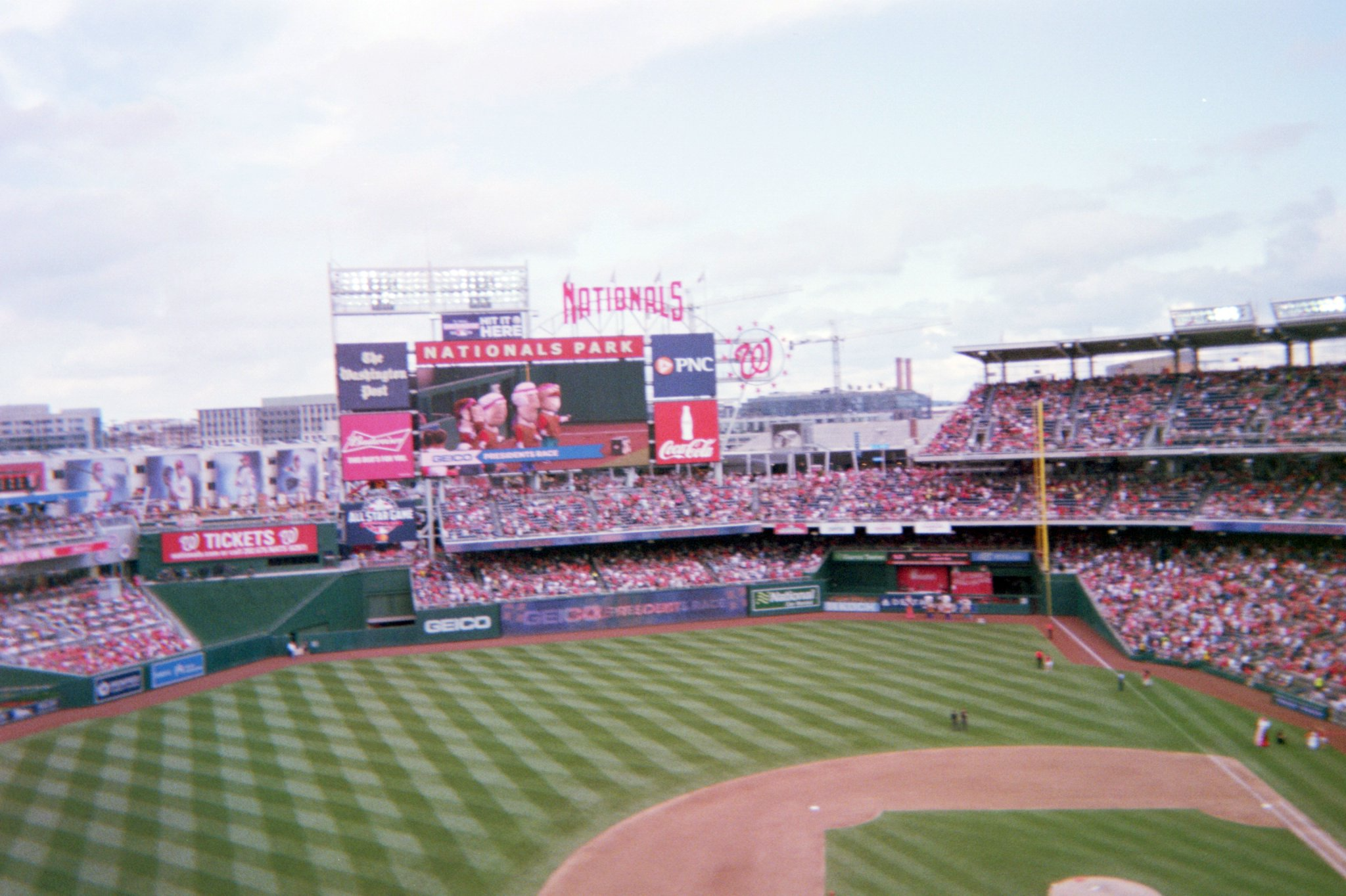 Modern baseball is very different from the way it was played in the country in the 19th century.

The author of the story, undated from the Memphis Appeal, remembered that on Saturday afternoons, “the neighborhood boys met on some cropped pasture, and whether ten or forty, every one was to take part in the game.” The field might have four, six or seven bases that were marked randomly by rocks, shrubs or depressions in the ground. Home plate was “the den.”

“Self-appointed leaders chose sides and whirled a bat that decided who would hit first.” The bat was “a stout paddle, with a blade two inches thick and four inches wide.” The ball “was usually made on the spot by some boy offering up his woolen socks as an oblation, and these were raveled and wound around a bullet, a handful of strips cut from a rubber overshoe, a piece of cork or almost anything.”

“There were no masks, or mitts, or protectors. There was no science or chicanery, now called ‘headwork.’” The pitcher’s object “was to throw a ball that could be hit. The paddleman’s object was to hit the ball, and if he struck at it and missed it, the catcher standing well back, tried to catch it” for an out. After hitting the ball, the batsman ran from base to base.

"There was no effort to pounce upon a base runner and touch him with the ball. Anyone having the ball could throw it at him, and if it hit him, he was ‘dead’ – almost literally sometimes. If he dodged the ball, he kept on running until the den was reached… No matter how many players were on a side, each and every one had to be put out.” There was no umpire and “very little wrangling.” The score was kept by someone cutting notches in a stick, and “the runs in an afternoon ran into the hundreds.”

Baseball before the Civil War

Many different variations were adapted in baseball history based on the original game of baseball played in the rural areas of the United States. Young men in Philadelphia, New York City and Boston adapted and attempted to improve upon the baseball games that city youth and rural boy enjoyed for decades.

In 1831 a few young sportsmen from Philadelphia crossed the Delaware River and began playing new versions of the game in Camden, New Jersey. This version was played on Saturday afternoons with enough players to form townball teams. However, they endured criticism from their friends who thought they were “degrading themselves by indulging in such childish amusement.” These townball players competed on public grounds without required permissions.  They made their own bats and balls.

These pioneer baseball history players were merchants and “respectable and well-known citizens of Philadelphia. They were remembered as a “conservative and temperate body of gentlemen who enjoyed mixing their sports with good conversation, wit, food and drink.” Several of these men later distinguished themselves in their city’s business and professional life.

The Fourth of July celebration was the highlight of each season. Their president read the Declaration of Independence, Members sang songs and heard “an address delivered for the perpetuation of the Stars and Stripes.”  The townball, played in early baseball history, became an early association between baseball and nationalism that would increase during the Civil Wat and extend into the twentieth century. This pastime remained popular in the Philadelphia area through the late 1850s.

Townball players in the Philadelphia region made their own bats and balls. Players competed according to rules that resembled English rounders. Brief newspaper accounts and box scores suggest that they played with eleven men on a side for either two or eleven innings. They might have used stakes as bases. Detailed box scores game the total score, including runs per inning. Typically, the victorious team scored at least 75 runs.

Yankee varieties of townball were called “base” or “roundball”. In 1856 a Boston enthusiast described that sport as “truly national,” a game that “is played by the school boys in every country village in New England, as well as in the parks of many of our New England cities.”

He continued with his baseball history narrative: “Base used to be a favorite game with the students of the English High and Latin Schools of Boston, a few years ago… Base is also a favorite game upon the green in front of village school-houses in the country throughout New England; and in this city, on Fast Day…Boston Common is covered with amateur parties of men and boys playing Base.”

The first modern baseball organization in Massachusetts was the Olympic Club of Boston. The members began playing in 1854, formally established the club in 1856, and published rules and regulations in 1857. In late June, a championship tournament between the Olympics and the Wassapoag Ball Club of Sharon was held. A dispute over rules canceled the return contest for the title. This eventually led to the Massachusetts Baseball Convention in Dedham in May 1858. The Massachusetts Association of Base Ball Players was created. A constitution, bylaws, rules and regulations were approved.

At this convention representatives of the Tri-Mountain club tried to persuade the delegates to adopt the code of the New York version of the game. However, the majority of the Massachusetts men preferred their traditional style of play and rejected the upstart New York version. They approved rules which formally established a game similar to traditional New England townball, with a square field, overhand pitching, no foul territory, ten to twelve men per side, one out to retire all and victory belonging to the team that first scored one hundred runs.

In baseball history, the New York City version of the game thrived and grew in popularity during the 1850s. Prior to the outbreak of the Civil War, the “New York game” was rapidly invading New England, the Philadelphia area and southern states in a drive to become the nation’s most popular team sport.

Modern baseball as played today, derives from this version created by the Knickerbockers during the mid-1840s. The Knickerbockers played intrasquad games in the Murray Hill section of Manhattan. In 1846, the team moved to the Elysian Fields of Hoboken, New Jersey. There they competed in a few matches against other teams, including a semi-organized outfit called the New York Club.

The majority of these sportsmen were prosperous (but not affluent) middle-class merchants, bankers, doctors, lawyers, clerks and other white-collar workers. None belonged to the city’s aristocracy. These first baseball history players sought health, exercise and good fellowship. They weren’t interested in seeking out others for interclub competition. They didn’t seek publicity in New York’s daily or weekly papers. Possible reasons might be their defensiveness about playing a child’s game or because they valued their privacy.

The New York Knickerbocker club created this version back in the 1840s. It featured a diamond instead of a square for the bases, with the batter standing at home plate. The New York regulations required that the ball had to be pitched underhand, not thrown overhand. A ball hit outside the range of first or third base was foul. A player was out if a hit ball was caught on the fly or at first bounce. If a fielder held the ball on a base before the runner arrived, or if, between bases, a fielder touched the runner with the ball, the runner was out. “Soaking” the runner was prohibited, three outs retired the side, and twenty-one runs (called aces) decided the game, provided each side had an equal number of outs.

Origins of the modern version of baseball

Baseball as it is played in the 21st century evolved in stages from earlier bat and ball games. Historians believe that Henry Chadwick was correct in linking baseball to English rounder. Townball seems to have been an Americanized variation of rounders. Both probably developed as team versions of the traditional game of “old cat.”

A modern baseball game in the 21st century.

Modern baseball is a refined, United States variety of townball. While its ancestry is English, its essence is American. Chadwick made this point as early as 1860 when he wrote that, although baseball was “of English origin, it has been so modified and improved of late years in this country, as almost to deprive it of any of its original features beyond the mere groundwork of the game.”

In 1864 Wilkes’ Spirit of the Times compared the children’s pastime of rounders with the adult sport of baseball, describing the former as “a very simple game, and designed only for recreation during the intervals from study in schools, and…entirely devoid of the manly features that characterize base-ball as played in the country.”

Despite their different views on the linkage of rounders and baseball, Spalding, Chadwick and sporting journalists agreed that a distinctly American process of modernization changed a traditional folk game into a late nineteenth-century sport. This baseball history transformation began in Philadelphia, Boston and New York City during the period 1830 to 1860. Each of these cities developed versions of baseball.

During the 1850s, these types competed for dominance with each other an also with the English game of cricket – the first modern team sport in the United States. By the Civil War, the New York City version had established itself in most parts of the nation. By the mid-1860s, it had defeated its rivals to become the favored form of ball played in the United States.

Source of information for this article. Baseball in Blue and Gray. The National Pastime During the Civil War. George B. Kirsch, Princeton University Press, 2003.

More information about baseball history may be found at the National Baseball Hall of Fame website.