Civil rights movement was a 20th century extension of 19th century abolitionism that involved peaceful protests in a quest for racial equality in the United States. The drama of the mid-twentieth century emerged on a foundation of earlier struggles.

Dr. Martin Luther King is remembered for his "I have a dream" speech.

One was the National Association for the Advancement of Colored People (NAACP)’s campaign against lynching. The second was the NAACP’s legal campaign against segregated education, ending with the Supreme Court’s 1954 decision in Brown versus Board of Education of Topeka. The Supreme Court ruled that racial segregation in public schools was unconstitutional.

In the early 1960s, full legal equality was something that African Americans had never known. The Civil rights movement’s mission was to change this.

When John F. Kennedy became president in 1961, African Americans throughout much of the South were denied the right to vote, barred from public facilities, subjected to insults and violence, and could not expect justice from the courts. In the North, African Americans faced discrimination in housing, employment, education and many other areas. However, the civil rights movement had made important progress, and change was coming.

The civil rights movement and segregation

On December 1, 1955 a 42-year-old woman named Rosa Parks sat down on a seat at the back of a Montgomery, Alabama bus after work. Segregation laws at the time required that African American passengers sit in designated seats at the back of the bus.

When a white man got on the bus and couldn’t find a seat in the white section at the front of the bus, the bus driver instructed Parks and three other African American passengers to give up their seats. Parks refused and was arrested.

As word of her arrest ignited anger and support, Rosa Parks became the “mother of the modern-day civil rights movement.” African American community leaders formed the Montgomery Improvement Association (MIA) led by Baptist minister Martin Luther King, Jr. This role would elevate his position in the fight for civil rights.

Rosa Parks courage was the catalyst for the MIA to stage a boycott of the Montgomery bus system that lasted 381 days. On November 14, 1956, the Supreme Court ruled segregated seating was unconstitutional.

After the Supreme Court ruled segregation illegal in public schools in 1954, Central High School in Little Rock, Arkansas was interested in desegregation. In 1957, nine African American students, known as the Little Rock Nine, arrived at Central High School. However, instead of getting an education, they faced the Arkansas National Guard and a screaming, threatening mob. The students tried again later, but were escorted away for safety in the midst of more violence.

Finally, President Dwight D. Eisenhower intervened and ordered federal troops to escort the Little Rock Nine to and from classes at Central High School. However, the students still faced continual harassment and prejudice. Their efforts brought attention to the issue of desegregation.

An important goal of the civil rights movement was the elimination of segregation. Any discussion of segregation in your history and social studies classes should be expanded beyond expressions of personal preferences. You could distinguish between black and white students hanging out in different parts of a school. Or you could have a class discussion with your students about the laws or customs excluding African Americans from restaurants and other public places.

The civil rights movement was not fought to ensure that students of different backgrounds could become acquainted with each other. The goal of an integrated and multicultural America should be to reform schools, the economy and other social institutions to meet the needs for all.

In “Integration or Desegregation”, James Farmer argued the meaning of the goal of ending Jim Crow. In May 1961, the Congress of Racial Equality (CORE), led by James Farmer, organized integrated Freedom Rides to defy segregation in interstate transportation. After facing violent opposition to their movement, Attorney General Robert Kennedy sent 400 federal marshals to protect the freedom riders. He urged the Interstate Commerce Commission to order the desegregation of interstate travel.

In the spring of 1963, Martin Luther King Jr., and Reverend Fred Shuttlesworth launched a campaign of mass protests in Birmingham, Alabama. Dr. King called this city the most segregated city in America. Initially, the demonstrations had little impact. 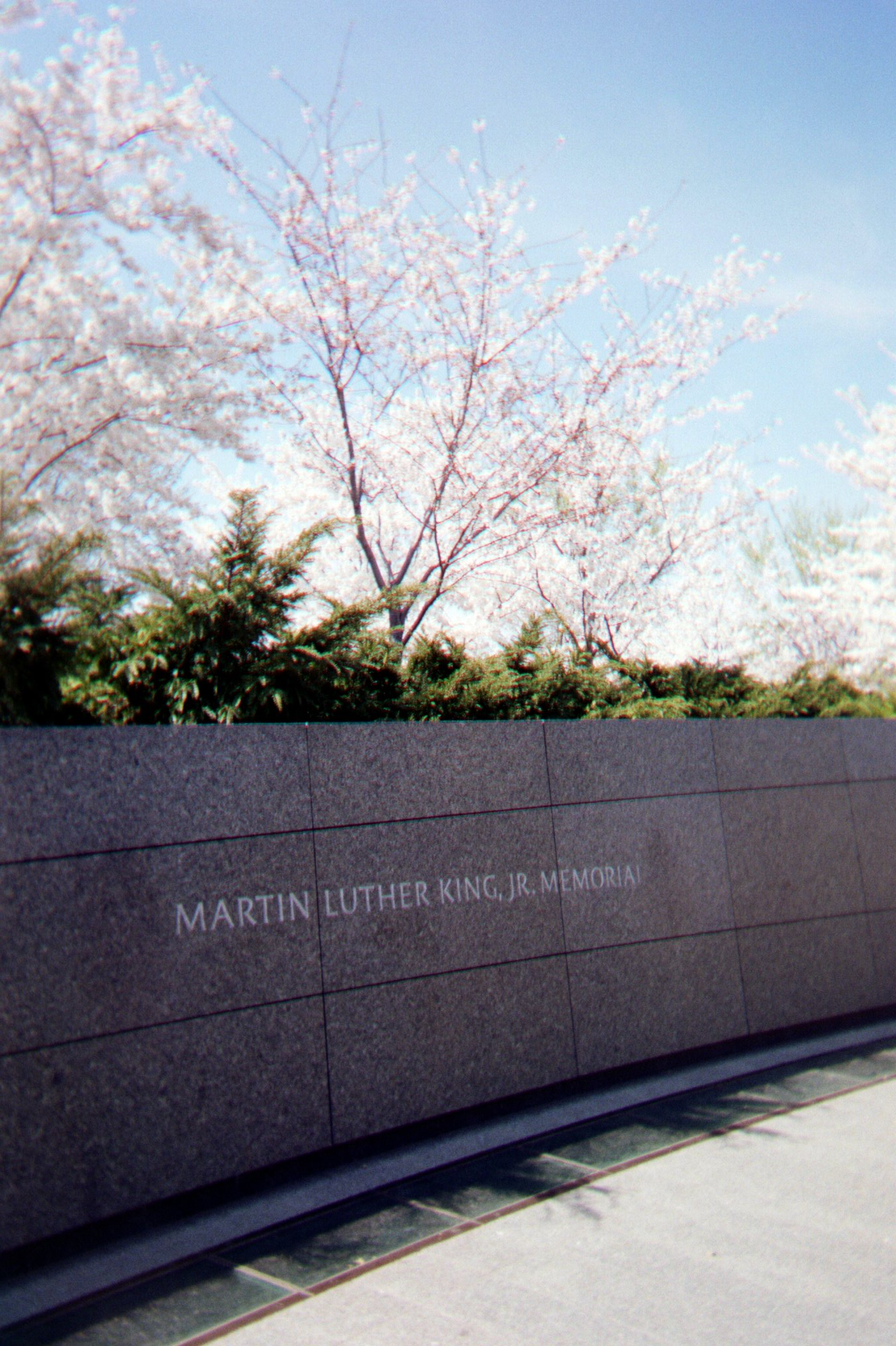 Memorial to Dr. Martin Luther King who was an activist in the civil rights movement.

On Good Friday, Dr. King was arrested and spent a week in jail. There he wrote one of his most famous meditations on racial justice and civil disobedience, “Letter from Birmingham Jail.” The letter defends the strategy of nonviolent resistance to racism. It also argues that people have a moral responsibility to break unjust laws. This letter is one of the most celebrated documents on racial injustice and civil disobedience in United States history.

James Bevel, one of Dr. King’s young lieutenants, organized a group of African American youth for a street march at the beginning of May. Birmingham City Commissioner Eugene “Bull” Connor used police dogs and high-pressure fire hoses to end the demonstrations. Almost a thousand young people were arrested. The violence was broadcast on television to the nation and the world. Invoking federal authority, President Kennedy sent several thousand troops to an Alabama air base. His administration responded by speeding up the drafting of a comprehensive civil rights bill.

In August 1963, more than 200,000 Americans of all races celebrated the centennial of the Emancipation Proclamation by joining the March on Washington for Jobs and Freedom. Key civil rights leaders led the march, including Dr. Martin Luther King, Jr., A. Philip Randolph, Roy Wilkins, Bayard Rustin and Whitney Young.

The marchers congregated in Washington, D.C for the peaceful march with the main purpose of forcing civil rights legislation and establishing job equality for everyone. The most memorable moment came when Dr. Martin Luther King Jr. delivered his “I Have a Dream” speech from the steps of the Lincoln Memorial. This speech galvanized the national civil rights movement and became a slogan for equality and freedom.

As a result of this march, President Lyndon B. Johnson signed the Civil Rights Act of 1964 into law on July 2, 1964. The provisions include protecting African Americans against discrimination in voter qualification tests. It outlawed discrimination in hotels, motels, restaurants, theaters and all other public accommodations engaged in interstate commerce.

The law authorized the U.S. Attorney General’s Office to file legal suits to enforce desegregation in public schools. The withdrawal of federal funds from programs practicing discrimination was authorized. Finally, the law outlawed discrimination in employment in any business exceeding 25 people and created an Equal Employment Opportunity Commission to review complaints. The passage of the Civil Rights Act was an historic step in achieving the civil rights movement’s initial goal of full legal equality for minorities.

Dr. Martin Luther King's "I have a dream" speech.