What is social security?

What is social security and why is it important to know about it? The term social security describes a program that uses public funds to provide economic security for the public. President Franklin Delano Roosevelt signed the Social Security Act into law in 1935. The program provides a federal safety net for the elderly, unemployed and disadvantaged Americans. 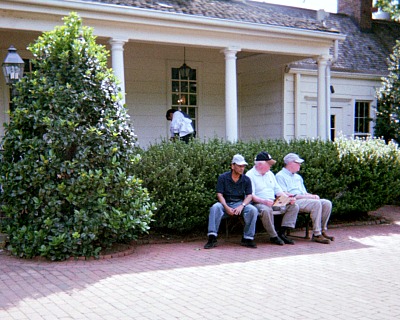 These men might be retired and collecting social security.

The Social Security Act was founded during the Great Depression. This was a period of widespread unemployment and poverty among the elderly. An increasing number of Americans lived and worked in cities away from their extended families.  Better health care and public health policies increased the life expectancy of every American. The preamble to the 1935 Social Security Act explains why the program was created. “To provide for the general welfare by establishing a system of Federal old-age benefits.”

Your students can use their mobile phone devices to research information online that will answer the question what is social security. They can also learn about social security and how it will affect them when they enter the workforce. This information will help them make important financial decisions. They will also learn how and why future employers will take sums of money from their future paychecks to pay for social security retirement benefits and the government run Medicare health insurance plan.

History of what is social security

Since the early 17th century, England established “poor laws” acknowledging the government’s responsibility to care for its less-fortunate citizens.

The Pilgrims brought these laws with them to the New World. Eventually, colonial governments created new laws to care for the poor and destitute. Poorhouses or outdoor relief (where people were given monetary or other assistance to keep them out of a poorhouse) were common means of public assistance. By the mid-19th century, conditions in poorhouses weren’t good. Local governments struggled to keep up with the overwhelming need for economic relief during times of deteriorating economic conditions.

A large segment of American citizens received an early form of social security decades before President Franklin D. Roosevelt signed the Social Security Act of 1985. Starting in 1862, hundreds of veterans disabled in the Civil War, widows and orphans could apply for a government pension for veterans. In 1890, the law was amended to include any disabled Civil War veteran, regardless of how the disability occurred. In 1906, the law was amended again to include old age as a criterion.

Company pension plans came on the scene in 1882 when the Alfred Doige Company created a pension fund for its employees. A handful of companies followed suit, but few employees received even a nickel. Most of the companies went out of business before the pensions could be distributed, or the pensions were never dispersed.

According to the Social Security Administration, four changes beginning in the late 19th century helped abolish the economic security policies of the time. These were the Industrial Revolution, America’s urbanization, the vanishing extended family and a longer life expectancy. A new definition of what is social security emerged.

Prior to the Industrial Revolution, many people were farmers and managed to support themselves during hard times. Extended family often lived together on family farms and cared for one another as they aged or struggled.

During the Industrial Revolution, people traveled to cities to find employment in positions that were often threatened by layoffs and recession. This left many without a way to financially support themselves after job loss. American urbanization resulted in many people leaving their extended family behind to support themselves.

As sanitary and general conditions in America improved, the life expectancy of its citizens did, too. As people grew older, many were unable to work. Others were ill and required care. The answer to the question what is social security addressed this need.

The Great Depression left millions of people unemployed and struggling to put food on the table. It struck the elderly especially hard and many states passed legislation to protect their elder citizens.

Elder-assistance programs of the time failed. They were underfunded, poorly run and, in some cases, were ignored by officials. Those seniors who received assistance only received about 65 cents a day.

During the Depression government officials and frustrated private citizens looked for ways to help struggling Americans by introducing plans to increase economic security and answer the question what is social security. Most ideas were federal or state financed pension plans. Some included all citizens while others include only the elderly.

None of the plans became law. Many had huge followings and initiated conversations about how to care for the disadvantaged and the elderly. 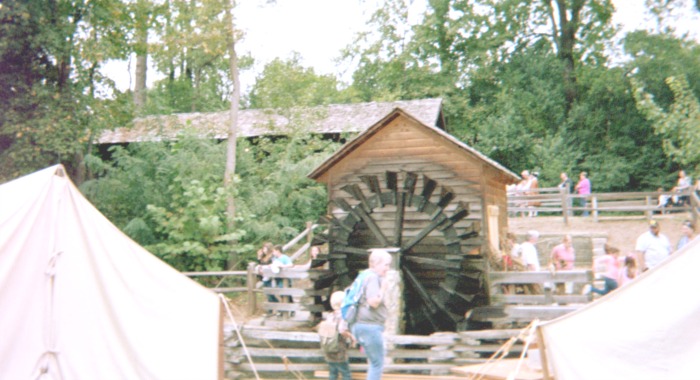 Retirement doesn't always mean sitting around twiddling your thumbs. In retirement, many people have more time to explore and do the things they love and are interested in.

What is social security today?

Before Franklin D. Roosevelt became President of the United States, most social assistance plans were dependent on the government, charities and private citizens handing out money to people in need.

Roosevelt borrowed a page from Europe’s economic security rulebook and took a different approach to what is social security. He proposed a program in which people contributed to their own future economic security by contributing a portion of their work income through payroll tax deductions.

The current working generation would pay into the program and finance the retired generation’s monthly allowance.

President Roosevelt signed the Social Security Act (SSA) on August 14, 1935. The law created a program that would pay monthly benefits to retired workers starting at age 65 or older. The act also established a payroll tax to fund the program and required employers to withhold the tax from employee wages.

Social security taxes and benefit payments began in January 1937. Initially the government paid retirement benefits only to a family’s primary worker. In 1938, it added survivor’s benefits and benefits for the retiree’s spouse and children. Disability benefits began in 1956, and in 1965 Congress signed Medicare into law. The Civil Service Commission adopted the social security number (SSN) as an official federal employee identifier in 1961. The Internal Revenue Service adopted it as the official taxpayer ID number in 1962.

While the Social Security Act did not specify the use of numbered cards, it did create a record-keeping plan. The first group of SSNs were assigned and distributed through 45,000 local post office across the United States, since the SSA had not yet developed its current network of 1,300 field offices.

Between November 1936 and June 1937, more than 30 million SSN applications were processed. First, the SSA distribute SS-4 applications to employers, asking them to report the number of employees in their businesses.  Then, the SSA sent the appropriate number of SS-5 forms to employees for them to complete. When the employees returned these forms to the post offices, the SSA assigned SSNs and typed them up on the first social security cards.

Fred Happel, the New York artist who had created the Flying Tigers logo used during World War II, provided the design for the cards. The post offices sent these number assignments using a form to the master files at Social Security headquarters in Baltimore, Maryland.

More information to answer the question what is social security may be found at the United States Social Security Administration website.