What are mobile phones?

What are mobile phones and the history of mobile technology. In 1908, a United States Patent was issued for a wireless telephone in Kentucky. In 1921, the Detroit Police Department began installing and using mobile radios in their squad cars. These early mobile radios operated around a frequency of 2 MHz and encountered many communication problems. Two of these were overcrowding on the channels and horrible interference. In 1945, the first mobile-radio-telephone service was established in St. Louis, Missouri. However, massive interference prevented the six channels and 150 MHz system from working properly. 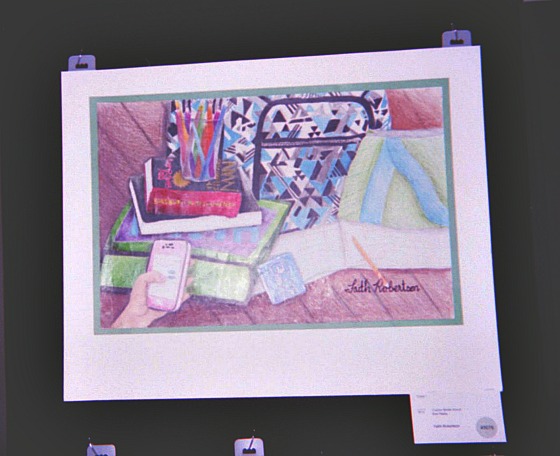 Middle grade student's drawing of someone holding a modern mobile phone and a stack of books.

In 1947, AT&T developed the first radio-car-phones also known as push-to-talk phones. These telephones were only used on the highway between New York and Boston. AT&T eventually declares the project a failure because of the massive amount of interference in the system that operated at frequencies of between 35 to 44 MHz.

What was the first commercial mobile telephone system?

In 1946, Bell System introduced the Mobile Telephone System (MTS). This was the first commercial mobile telephone service used by utilities, reporters and truck fleet operators. The business mobile phones equipment weighed 80 pounds and operated within limited calling bands available from AT&T. The service cost $30 a month, equivalent to $330 per month today. There were additional per call charges. On June 17, 1946, a driver in St. Louis, Missouri made the first mobile telephone call and made mobile phone communications history. By 1948, this first wireless telephone service was available in almost 100 cities.

However, there were problems with this first “primitive” wireless network. The system could not handle large volumes of telephone calls. A single transmitter on a central tower provided only a few channels for large numbers of users clustered in cities. The solution to this dilemma was the introduction of cellular telephone service in 1947 by D. H. Ring at Bell Labs. The system idea used a hexagonal grid to spread multiple low-power transmitters throughout large metropolitan areas.  However, the technology to implement the system wasn’t available.

It wasn’t until the 1960s, when Richard Frenkiel and Joel Engel of Bell Labs used computers and electronics to implement the cellular concept. In 1971, AT&T presented the system proposal to the Federal Communications Commission (FCC). After many years of hearings, the FCC approved the overall cellular solution concept. Only two competing systems were licensed in each city to address the question of what are mobile phones.

Who was the first person to make a cell phone call?

Dr. Martin Cooper, a senior engineer at Motorola, provided the answer to the question what are mobile phones. In 1973, he invented the first personal portable handset and called it the Motorola Dyna-Tac (DYNamic Adaptive Total Area Coverage). The device weighed 1.1kg and measured in at 228.6x127x44.4mm. Dr. Cooper brought his new invention to New York City to demonstrate the device to the public. He made history by being the first person in the world to make a phone call using a portable mobile phone. In 1973, he called his rival at Bell Labs, Joel S. Engel, to let him know he was speaking to him using a mobile telephone. Dr. Cooper and Motorola offered the first cellular phone prototype to the public. However, most consumers at that time couldn’t afford to purchase the expensive device that cost nearly $4,000 and weighed under two pounds.

Motorola answered the question what are mobile phones when the company released one of the first business mobile phones in 1983. The Motorola DynaTAC 8000X provided 30 minutes of voice communication time and took approximately six hours to recharge after the 30 minutes expired. The portable phone could store 30 phone numbers and cost around $3,995. Today the same mobile phone would cost around $9,000. This mobile handset wasn’t designed for most consumers. Instead, these devices were designed for high-level business executives that drove fancy cars and traveled in expensive planes. The Motorola DynaTac was the first mobile phone to be approved for commercial use by the United States Federal Communications Commission (FCC) in 1983.

The Motorola DynTac operated on the Analog Mobile Phone System (AMPS) built by AT&T. AMPS was North America’s first 1G analog service first launched by Ameritech in Chicago in 1977. The system used multiple cell tower sites. A network connected each of these cell towers together. Users were permitted to switch cell towers during a call. This first generation (1G) of cellular networks laid the foundation for the networks we know and use today.

The first country to have a citywide commercial cellular mobile phone network was Japan in 1979. The Nordic Mobile Telephone (NMT) system was launched in Denmark, Norway, Sweden and Finland in 1981. The first generation (1G) fully automatic cellular networks were introduced in the mid-eighties. Modern voice communications developed rapidly over the next decade. Handover technology allowed users to keep their connections as they travelled between base stations keeping the conversation connection free from interruptions. Motorola developed MicroTAC in 1989. This first flip phone design was the world’s first pocket phone. The phone’s size was reduced when not in use because of hardware placed in a hinged section of the device.

Two new digital cellular networks or “2G” emerged in the 1990s. These were the European GSM standard and the North American CDMA standard. GSM is the acronym for Global System for Mobile Communications. CDMA is the acronym for code division multiple access. Demand for mobile phones grew and more cell tower sites were established. The Motorola International 3200 became the first hand-sized digital mobile phone that used 2G digitally encrypted technologies. This technology contributes an answer to the question what are mobile phones.

Technological developments answers the question what are mobile phones

Technological improvements in batteries and internal components paved the way for smaller mobile devices. SMS messaging was made possible by 2G in 1992. A year later, the first person-to-person SMS was delivered using GSM technology.  IBM Simon was introduced as the world’s first smartphone. It was a mobile phone, fax machine, pager and PDA all in one device. In addition, the device included an address book, calendar, notepad, calculator, clock, gamers, email and a touch screen with QWERTY keyboard. The original sale price was around $899.

Pre-paid mobile phones and plans emerged in the late 1990s. The very first downloadable services were also introduced using 2G technology. These mobile phones contained downloadable ringtones and were used as a method of payment for services like car parking in Finland and vending machines.

What are mobile phones today? Mobile Broadband or “3G” transformed the mobile phone industry and enabled widespread mobile Internet, television and radio services for the first time. Smartphones emerged as handset manufacturers started producing them. A few technologies laid claim to the title of Native IP or “4G”. There isn’t yet an official standard for this technology. The most successful has been LTE. Mobile Internet is now more in-line with wired home Internet connections because 4G technologies represent the switch to native IP networks. Today everyone knows the answer to the question what are mobile phones.