Mobile history timeline begins in 1998. Ringtone was the first downloadable content sold to mobile phones. Launched by Finland’s Radiolinja, it laid the groundwork for an industry that would eventually watch the Crazy Frog ringtone rack up total earnings of half a billion dollars. It beat the stadium-filling sob-rockers Coldplay to the number one spot in the United Kingdom (UK) charts. 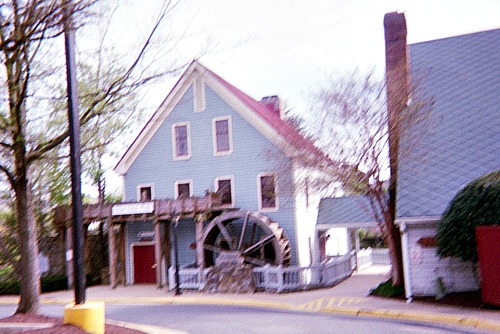 Kids might be directed to old mills like this one as they pursue Pokemon Go characters using their mobile phones.

Shigetaka Kurita from Japan invented emojis in 1999. Unlike their all-text predecessors, emoticons, emojis are pictures.

In the same year of the mobile history timeline, Tesco, Sainsbury and Asda entered a price war. These three companies sold Pay and Go phones at discounted prices. For the first time, the price for a mobile phone was under 40 pounds.

In 1999, the first BlackBerry phone appeared. Famous for its easy email service, BlackBerry handsets were viewed as the ultimate business tool. Users were able to read and respond to emails from anywhere.

The Nokia 3310 appeared on the market in 2000. The company sold 126 million units. In Japan, the first commercially available camera phone, the Sharp J-SH04 was introduced in November 2000. The camera could only be used in Japan.

The Nokia 6750 camera phone appeared in 2002 along the mobile history timeline for European use.

In 2003, the 3G standard was adopted worldwide. This launched the age of mobile Internet and paved the way for the rise of smartphones. Hong Kong-based Hutchinson Wampoa owned Three brand offered the first 3G network connection in the UK and other countries. Mobile phone brands offered included the Motorola A830, the NEC e606 and NEC e808. Nepal was one of the first countries in southern Asia to launch 3G services. One of Nepal’s first companies to offer the service, Ncell, also covered Mount Everest with 3G.

The iPhone debuted in 2007. The following year, 2008, the first Android phone appeared in the form of the T-Mobile G1. This phone was a long way from the high-end Android smartphones we use today. This year also saw the advent of both Apple’s App Store and Android Market, later renamed Google Play Store. Both these stores paved the way for the modern-day app culture and created a $77 billion industry.

In 2009 of the mobile history timeline, O2 publicly announced that it had successfully demonstrated a 4G connection using six LTE masts in Slough, UK. The technology, which was supplied by Huawei, achieved a peak downlink rate of 150Mbps.

WhatsApp also launched in 2009. Customers were able to send and receive calls and messages using the Internet. The messaging system now has 1.2 billion users sending more than 10 billion messages a day. This makes WhatsApp 50 percent more popular than traditional texting.

Samsung launched its first Galaxy S Smartphone in 2010. This has made the Samsung Galaxy S range the most popular Android brand. It is more popular today than former Android giants and HTC.

Most people didn’t think that when text messaging first appeared it would become a popular way of carrying on a conversation. Ten years later, Britons were sending a billion messages per month. In 2012, British text volume reached its highest point, with 151 billion text messages sent in the UK.

Pokémon Go makes its appearance in the mobile history timeline

The Pokémon Go app launched worldwide in 2016. The free augmented reality game uses the smartphone camera and location to show Pokémon characters in the real world. This new game for mobile phone game enthusiasts gained popularity in the summer of 2016. Pokémon Go is a free downloadable smartphone game that uses the popular manga characters from Pokémon, the Japanese cartoon franchise. The name Pokémon is a hybrid of the two words “pocket” and “monsters.” People don’t stay at home to play this game. Instead, they are out peering at their small handheld devices wherever they go. 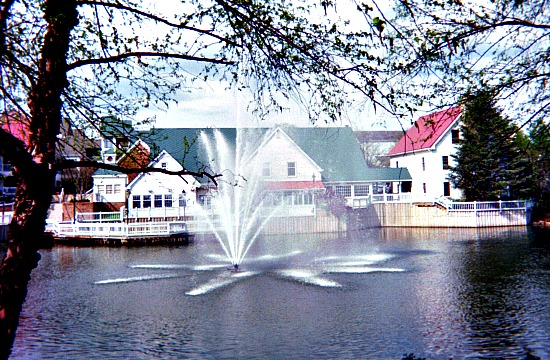 Kids need to watch where they are going when playing Pokemon Go on their mobile phones. Otherwise they might wind up in a pool of water like this one.

This new game for mobile phone game enthusiasts gained popularity in the summer of 2016. This is a recent addition added to the mobile history timeline. Pokémon Go is a free downloadable smartphone game that uses the popular manga characters from Pokémon Go, the Japanese cartoon franchise. The name Pokémon Go is a hybrid of the two words “pocket” and “monsters.” People don’t stay at home to play this game. Instead, they are out peering at their small handheld devices wherever they go.

Pokémon Go uses a combination of ordinary technologies built into smartphones that sends exotic monsters to different places. Location tracking and cameras encourage people to visit public landmarks looking for objects and collectible characters that they attempt to capture while playing Pokémon Go.

The Japanese inspired manga character game is a new technology different from most other mobile phone choices of play games for kids. Augmented reality (A.R.) combines digital technology with the physical world. Digital imagery on a person’s view of the real world is overlaid with the use of a smartphone screen or headset.

Pokémon Go is one of the newer play games for kids that encourage players to hunt for digital Pokémon Go characters using the GPS and camera of a mobile phone. When these animated Japanese manga (cartoon) characters appear alongside real-world physical objects, players toss Pokeballs at the distressed character until it is subdued.

Parents should be careful when allowing their kids to play Pokémon Go on a mobile phone. Teachers might not approve of their students taking out their mobile phones to play kids games like Pokémon Go in class. Also playing Pokémon Go can be dangerous.

The smartphone game has already caused some problems. Pokémon Go’s Geographical mapping feature takes people to places they really shouldn’t be visiting. Chris Carmichael, founder and chief creative architect of augmented reality specialist Ubiquity Inc. sent an email message about this to FoxNews.com. He also explained, “… the nature of the game creates distractions so that people are not paying any attention to where they are. There is certainly a concern about players getting so engrossed in the game, that they put themselves in dangerous situations.”

The Nokia 3310 reappeared in 2017. This time the model was a fresh version equipped with basic Web browsing, a colorful screen and a camera while still retaining the features from the original 3310 model. These traditional features included the iconic design, super-long battery life and even an updated version of Snake. The revival model stole the show at the Mobile World Congress (MWC) tech expo and was one of the biggest hits of 2017.

In the same year, Apple celebrated ten years in the smartphone business with the all-screen iPhone X. The physical home button was removed for the first time in this newer model.

Refer to what are mobile phones for more information along the mobile history timeline.