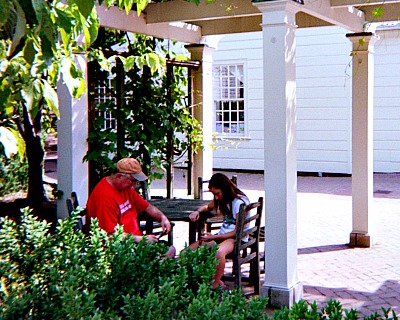 A teen can reach out to an older adult when they encounter problems too difficult for them to handle by themselves.

Teens in a depressed or irritable mood may be struggling with too much mobile phone usage. Withdrawal from social interaction or activities and lack of interest in activities they used to like are some indicators. Teens having difficulty paying attention to the teacher in school or their parents at home may be paying to much attention to the attractions available for them on their mobile phones.

Low self-esteem and a sore neck or headaches are other indicators that teens are spending too much time using a mobile phone. Smartphone addiction happens when a teen must use their device while driving, crossing the street or abandoning other face-to-face social activities because the teen would rather chat or text others using a mobile phone.

Teen depression symptoms is another way of describing nomophobia

Another term for mobile phone addiction is nomophobia. It is short for no-mobile-phone phobia.  It happens when a teen is separated from his or her treasured device. It may be that the teen lost the mobile phone, left it at home or it was stolen. Separation anxiety sets in and the teen nervously panics during the day. Sweaty palms, restlessness, reaching for the device and not finding it are behaviors the worried teen may display to others. Teens become so dependent on their mobile phones that they find it difficult to function normally without it.

“Internet Use Disorder” or “IUD” is another addiction related to the constant use of mobile phones. Mobile phones are used to access Internet websites promoting addiction to both technologies. People suffering from IUD provide some insight into what happens to people who can’t give up using their mobile phones. Teens will experience measurable changes in their brain cells. Excessive use of these technologies significantly affects the regions that control the processing of emotions and attention.

Dopamine is a chemical produced by the human body and sends signals to the brain regarding human experiences of pleasure and reward. Research studies indicate that technology addicts have diminished dopamine receptors in parts of their brain. In other words, a teen’s ability to experience pleasure and reward is compromised by changes to the operation of their brain’s dopamine system.

Fewer dopamine brain receptors mean that teens are living in a distorted reality of what is a fun experience and what is not for them. They are more dependants upon the use of mobile phone technology as opposed to social interaction with others without the aid of a mobile phone device. 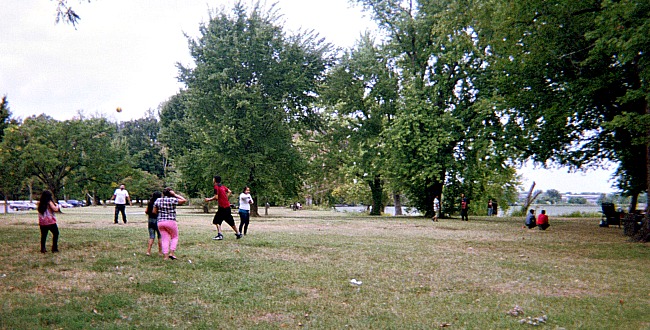 Teens should find ways to deal with mobile phone separation anxiety like playing with their friends in a park.

Teens rely more on their mobile phones to get the “feel good” experience that they should normally get when not using their mobile phones. The endless cycle of sending more texts, downloading more apps and joining more social media channels means they are embarking on the emotional roller coaster difficulties of moments of happiness followed by many disappointments. This eventually results in teen depression symptoms.

Psychologists, who have studied teen addiction to mobile phone texting, report that this condition results in many behavioral issues. Mobile phone dependant teens are more distracted in school, experience higher levels of anxiety and diminished amounts of sleep at night. In one study, teens between the ages of fifteen to nineteen describe themselves as addicted to their phones. Another study reports that 30 percent of teens are depressed when they don’t have access to their mobile phones. Only half of today’s teens think they are addicted to their mobile phone devices and may display teen depression symptoms according to a new poll.

Not all teens suffer from teen depression symptoms

However, although teens may spend many hours using their mobile phone devices, it doesn’t mean that they display teen depression symptoms. Teens use their devices mainly to communicate with friends and family. They live in a mobile technology world. Most teens use their mobile phone devices to find information on the Internet for homework assignments in school, access social media channels and to find out about concerts, movies or other entertainment events. They also check weather forecasts, play Internet games and embrace mobile phone apps for many other reasons.